Alumni Story: Jayla Tang and the Transformative Power of Music 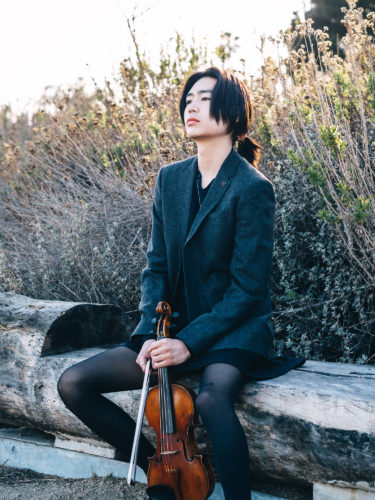 Speaking with AYS alumni Jayla Tang (they/them) was just as moving as their most recent musical project – a musical prayer delivered through a visual graphic score by Katie Eikam. “Shadow Story No. 1” is dedicated to the AAPI community and the most recent victims of anti-asian hate crimes, specifically, Soon Park, Hyun J Grant, Suncha Kim, Yong Yue, Xiaojie Tan, Daoyou Feng, Delaina Ashley Yuan, and Paul Andre Michels. Between Jayla’s passion for teaching violin to people from all walks of life, and curating artistic experiences that amplify voices that are not usually heard, I was blown away by their vision in making the world a better place through music.

Jayla spent their early childhood in Taipei, Taiwan, where they first discovered their love for the arts. “I was a very artistic kid, and everyone around me knew before I did that I wanted to be involved in the arts at a young age.” They were first introduced to the piano, but then started to take violin lessons at the age of six. They also participated in dance, and earned their first job in the arts as a young actor on a long-running Taiwanese television show. It is safe to say that Jayla is a multi-talented artist, although AYS knows them for their beautiful playing of the violin.

Upon moving to Oak Park, California at the age of seven, Jayla continued playing the violin and started practicing with a private teacher, Dianne Rammon, who happened to also be their elementary school music teacher. Dianne stayed with Jayla until the end of high school and instilled an appreciation for classical music in them. “I didn’t really enjoy classical music as a kid. It wasn’t the music of my people, but she helped me gain an appreciation for the western canon of classical music.”

Jayla decided to study violin performance at CalArts where everything started to come together for them. “CalArts is a place with a hodgepodge of talented artists from drastically different fields and that quickly turned into a place that felt like home to me. I still collaborate with many of my friends on a variety of artistic projects. ‘Shadow Story No. 1’ is a result of one of those collaborations.”

This is the part of the story where AYS comes into the picture. Jayla joined AYS as a member of the violin section during their sophomore year at CalArts. Although CalArts was a wonderful school for them to further their music education, Jayla deeply missed playing with a large ensemble (they were a part of many orchestras growing up) and wanted to learn more of the classical music canon and be exposed to folks in the field at large.

“AYS is the perfect balance between a training and professional orchestra. We play huge symphonic works at amazing venues, and gain the experience of playing in a high-level orchestra where all of the players are exceptional. I was one of a few CalArtians in AYS so I really had the opportunity to grow my connections and build friendships with people from many different universities.”

Jayla was in AYS between 2014 and 2018 playing with two Music Directors (current Music Director, Carlos Izcaray, and former Music Director, Alexander Treager), and through the 2015 Music Director search, which resulted in them playing for many conductors from around the world. When asked about that experience Jayla responded with, “that was actually such a great learning experience for me. I thoroughly enjoy conducting, so I loved watching how each conductor brought something different to the table.”

Jayla also played a leadership role in AYS as a coach for the AYS music education program, Share-A-Stand (SAS), which they are still a part of today. “It is so important to me that these LAUSD students receive quality arts and music instruction that they deserve. It’s been completely different teaching virtually during the pandemic, which comes with its own set of benefits and challenges, though I still believe in-person instruction is the most effective way to learn. I hope I can see my SAS students soon when it is safe to return to the classroom.” Over the past year, Jayla has recorded over 24 coaching videos for the Share-A-Stand program, which are free to view on the AYS YouTube channel.

Jayla believes that teaching violin has made them a better person and musician, and they prioritize teaching as part of their everyday life. “I’ve taught violin to so many people between the ages of 5 and 92. I used to drive to a senior home once a week to teach violin lessons to my student who wanted to learn violin as one of their last acts. It was so deeply rewarding to be able to do that for her.”

Between their experiences at CalArts, teaching violin, and being a member of the AAPI community, Jayla knew that they didn’t want to simply have a career in music and play for big orchestras or Hollywood recording sessions, but more importantly, to let their activism guide their artistic gift. Jayla’s work is based on playing music and promoting works by living composers, especially music written by women, BIPOC folks, and members of the LGBTQ community whose stories and music have not been traditionally shared. Jayla said, “There is nothing wrong with playing Bach and the celebrated composers we all know and love. I have a huge appreciation for their contributions, but there are talented composers that look like me that don’t have symphonies playing their work left and right. We need to strive to elevate living composers who need jobs now and push for more diversity in higher management within music organizations. This will put us on the right path to promote fully diverse programs and players from those respective communities. I’m talking about equity more so than merely representation.”

Toward this mission, Jayla has plans to start their own nonprofit that is dedicated to commissioning multimedia projects and creating a new music collective that plays music by living composers who have been historically marginalized. Prior to the pandemic, Jayla hosted an ongoing concert series titled “Undertones”, with the last concert held at a nursery in DTLA featuring chamber music by Asian and Asian-American composers, with proceeds going entirely to the American Civil Liberties Union.

Jayla is currently playing music with a newly established quartet, Constellation Quartet, with three of four members also having played with AYS. This project stemmed from a revelation that came out of the pandemic. Jayla said, “The pandemic made us (quartet members) realize how much we miss playing for fun and how much we wanted to play our own music.” The quartet’s cellist, Max Mueller — former SAS Lead Instructor and AYS orchestra member — arranges familiar tunes and also writes original compositions for the quartet, which they hope to produce on an album someday. Constellation Quartet currently has a monthly residency at The Village Garden in Redondo Beach, playing intimate outdoor shows. Jayla helps coordinate between the garden and the quartet, and also programs the opening act for the concerts.

When asked about where they see themselves in five years, I wasn’t surprised to hear that Jayla wanted to continue to have their activism inform their art. Also, Jayla has a very personal mission of rediscovering the music of their heritage and culture. Jayla is Hakkanese, a group of people originating from China and living in most East Asian countries.  There are only 80-120 million Hakka people worldwide, with Hakka culture and language slowly disappearing. This brings a huge sense of urgency and responsibility for Jayla to help preserve Hakka culture, music, and language. They plan to learn Hakkanese and interview members of their extended family to help restore their music. “I have a strong desire to be more connected to my culture and bring it to life. Personally, it’s hard for me to envision my own future without a deep understanding of my past.”

To Jayla, music is many things. It is a way to express themself, a way to help others, their main source of income, and their own mechanism to feel more connected to their heritage, culture, and identity. “Music is the one thing I feel comfortable expressing all the time. My relationship with music has grown and changed a lot. It’s been an emotional outlet and an engine for growth. There are many uncertain things in life, and without music I feel I would have found those answers much later down the road.”

Jayla’s gratitude for the communities they are a part of, including the AYS alumni community, shines bright in their work and artistry. We can expect extraordinary things from Jayla as we continue to follow their journey. 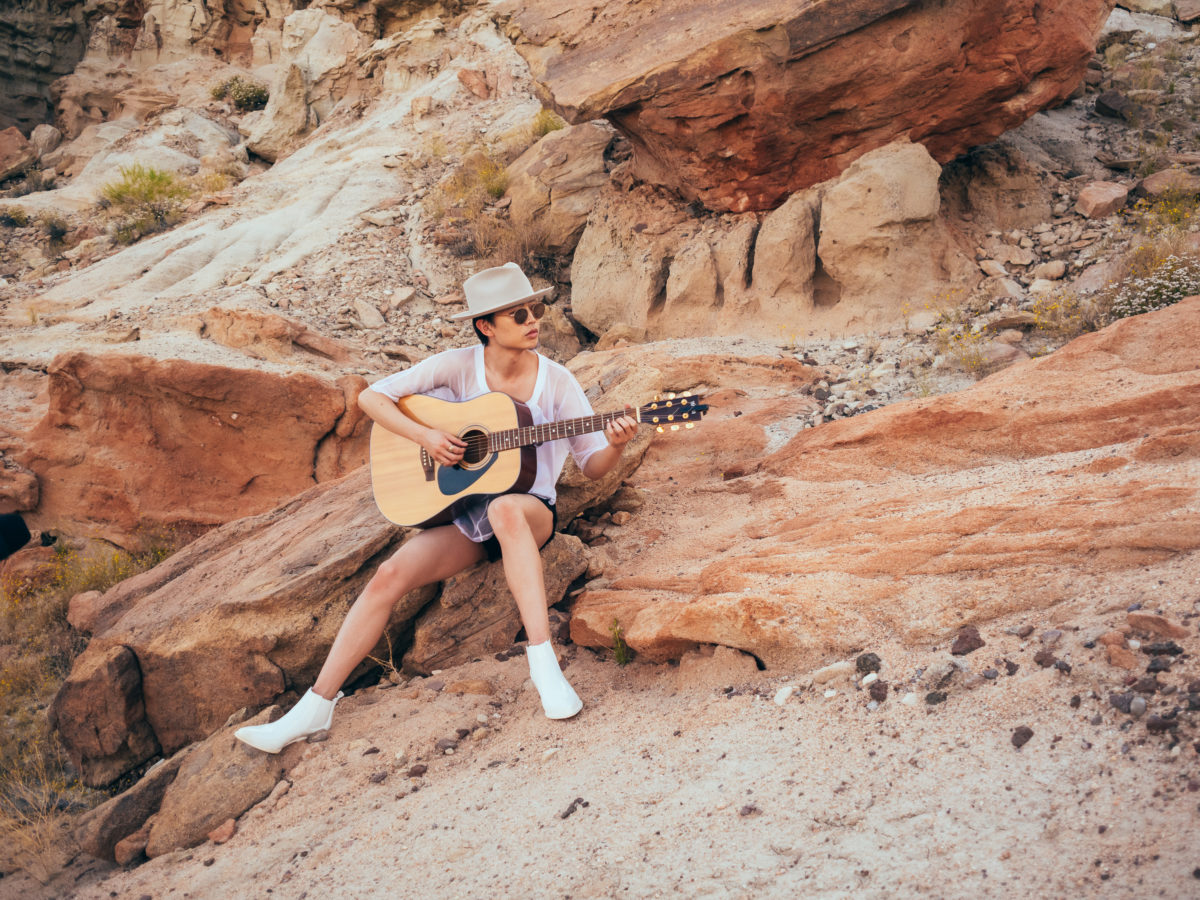 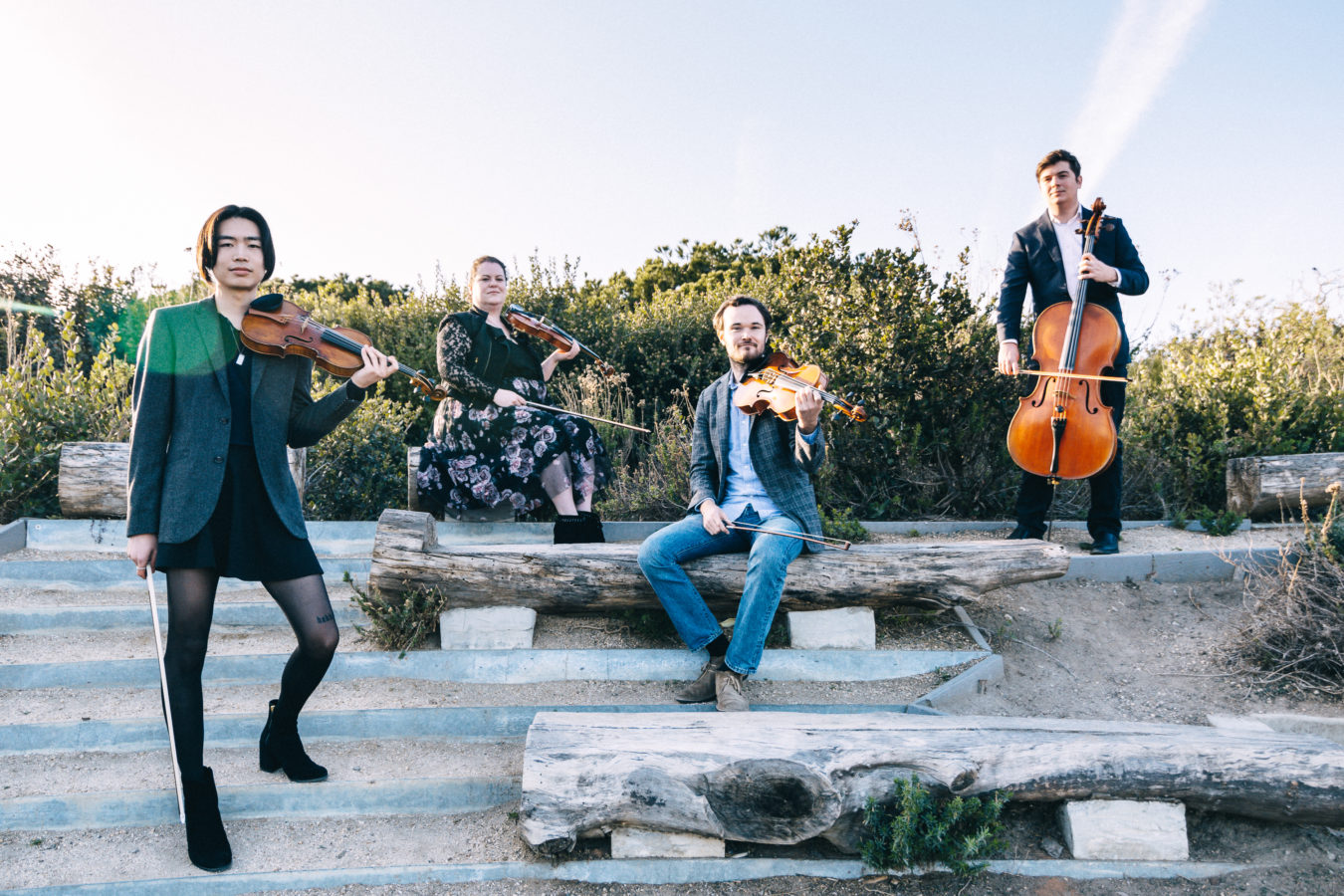 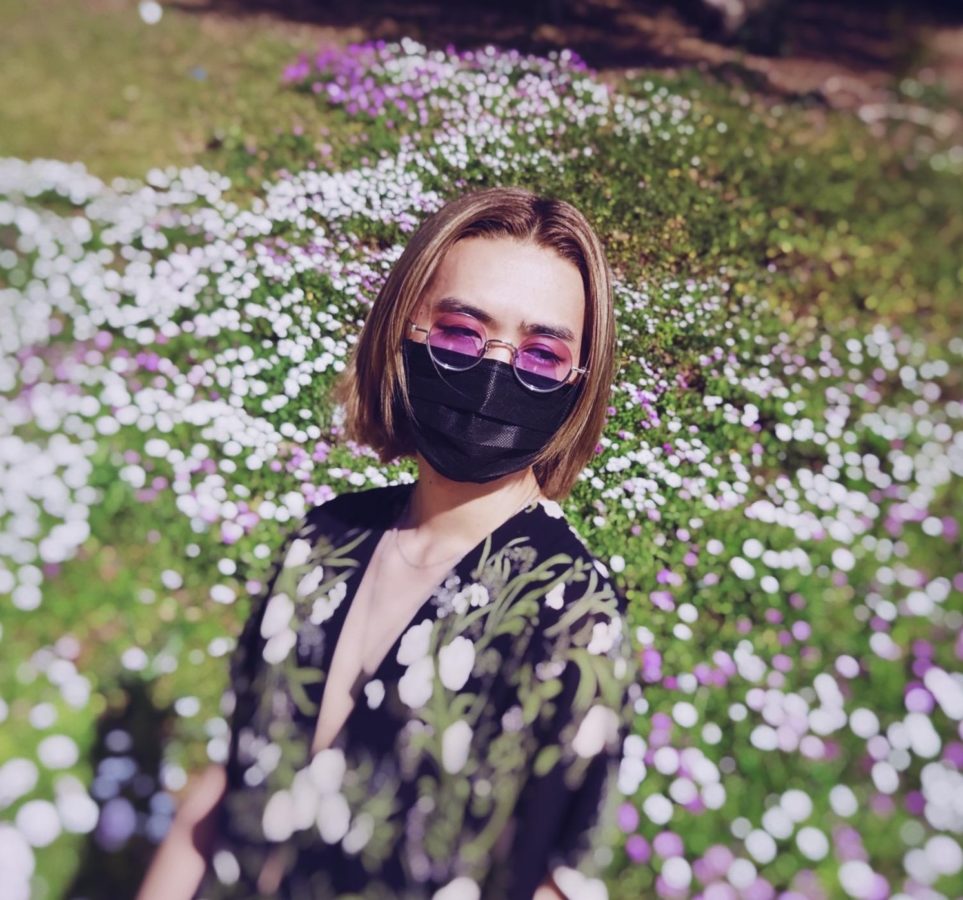 As an activist, they are adamant in transforming Western art music into a friendlier realm capable of equity & inclusivity for all. Prior to the pandemic, Jayla was the curator of a multimedia concert series “Undertones”, where they conducted a new music ensemble aimed to elevate works by historically marginalized composers (i.e. women, BIPOC, & LGBTQ+ composers). Jayla is also currently the Social Media Manager at New Works Project, a nonprofit organization striving to commission highly accessible works by living composers.

As an educator, they served for many years as the concertmaster of the community group Westlake Village Symphony, donating their time & expertise by conducting sectionals. They have also worked as an avid strings coach at the American Youth Symphony “Share-a-Stand” program, Conejo Valley Youth Orchestras, Los Angeles Youth Orchestras, & Moorpark High School, as well as having been a chamber music coach for Flintridge Sacred Heart Academy.

Jayla received their Bachelor’s in Fine Arts from California Institute of the Arts in 2017, having studied violin, conducting, pop/jazz singing, & world music. They were also selected as a performance fellow for the Nief-Norf new music festival in 2018, as well as a conducting fellow for California Philharmonic in the summer of 2019. In their free time, Jayla enjoys spending time with their family & dog Caramel, volunteering, & exploring other mediums of experimental art, creative writing & fashion.

Jayla’s resources for the AAPI Community

“The Great Indoors” – Written by Jayla during the pandemic.

GOLDEN a poem written by Jayla Tang, illustrated by Alicia Tang (pictured below)