Reflections on a Year of Women The American Youth Symphony adopted a theme for its 2018/19 season: The Year of the Woman.  It started as an idea for one concert– a program comprised entirely of female composers.

The idea expanded quickly and became a full season theme to showcase female composers, as well as several female guest artists.  Throughout the season, we continued to highlight the accomplishments and talents of women across the field of orchestral music in blog posts and social media, including administrators and educators.  At our closing gala concert, we welcomed the first woman to the AYS podium as a guest conductor.

Once we began intentionally highlighting women in the field, the possibilities were endless: no single concert or season would be sufficient.  The conversation also morphed over time, from celebrating talented women to more complex discussions about the history and future of gender equity in music. Maestro Izcaray and I each wrote an article for the Ms. Magazine blog and we welcomed Katherine Spillar, executive editor of Ms. and co-founder and executive director of the Feminist Majority, to a pre-concert discussion about gender representation and equity.

At this point, our press coverage started picking up.  Maestro Izcaray’s pledge to program women going forward was featured in the LA Times.  The announcement of our first female guest conductor, Jessica Bejarano, was picked up by KCRW’s Press Play and the Today Show.

The features on Maestro Bejarano were not only about her gender, though.  She happens to be a queer woman of color that grew up in a low-income neighborhood.  It has also been noted that she has some tattoos. A PR pitch about a female conductor became a nationally-televised feature exploring a collection of characteristics that are outside the norms of classical music.

Eventually, what started as an idea for one evening became a pledge from our Music Director, Carlos Izcaray, for all AYS programming going forward: half of the living composers in future programming cycles will be women. He has called the Year of the Woman “a jumpstart to a permanent approach.”

Time and again, the discussion about women in music and gender equity led down paths of intersectional issues.  I constantly had to consider when to let the conversation expand, and when to stay close to the original topic. In fact, our 2020/21 theme (not yet announced) came from one of these intersections. The other constant push and pull throughout the Year of the Woman was managing the feedback from audiences.  Due to the nature of music history and women’s rights, this season leaned contemporary. On one hand, we were getting great press and heart-warming testimonials in audience surveys.  On the other hand, some of our most loyal patrons and most generous donors consistently expressed their strong dislike of the amount of contemporary music in the season.

In fact, the capstone concert on the theme was comprised of pieces all premiered in the 21st century, by composers that are still living and actively working today: Auerbach, Botti, and Higdon.

Of course, it’s always disappointing to see empty seats in the concert hall and, to be honest, Royce Hall felt empty at half capacity.  The patrons that did attend this concert made up for some of those empty seats with passionate enthusiasm in their applause and feedback.  And, I’m guessing that nearly all of those 825 people saw their first orchestra concert comprised entirely of music by women that night.

Sometimes impact should be measured by depth instead of breadth.

Before the dress rehearsal for this concert, Maestro Izcaray asked the orchestra: for how many of them would this be their first concert program comprised totally of music written by women?  90+ hands went into the air.

AYS is a pre-professional training orchestra.  We have about 2,800 alumni in orchestras across the US and internationally.  We now have a cohort of 100 alumni that played the 2018/19 season, who will go on to professional orchestras with the knowledge that gender-equitable programming is possible.  The impact of this season will live on in their careers. 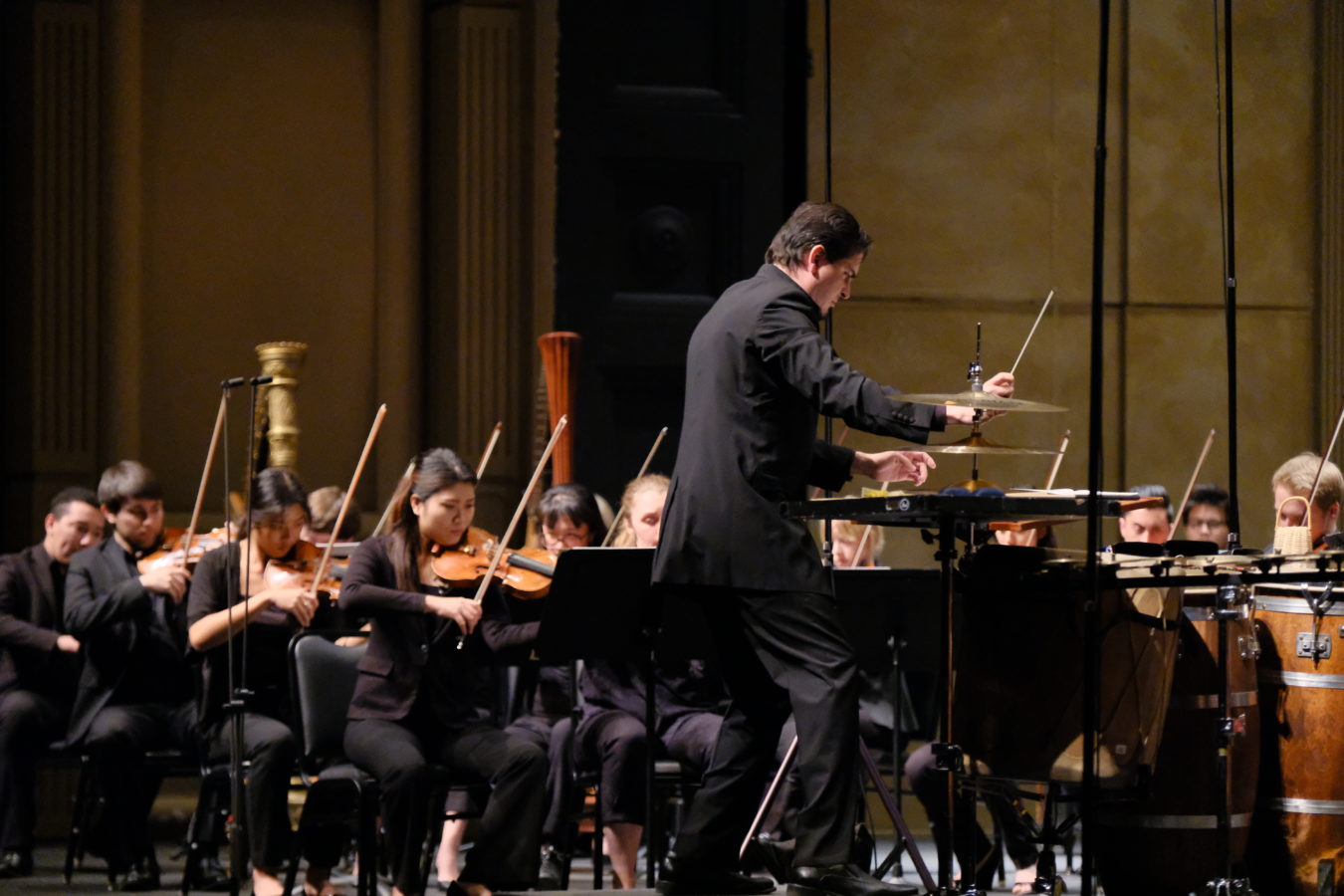 I was introduced as the incoming Executive Director at the Opening Night concert of the Year of the Woman season.  I couldn’t imagine a better theme with which to begin my leadership of this great organization.

I’ve been excited to see announcements of arts organizations and orchestras around the country celebrating the 100th anniversary of the 19th amendment.  I hope these festivals and celebrations will have the same kind of lasting impact that the Year of the Woman has had on AYS, and that we can all look forward to a more equitable future for the field.

As one AYS staff member said, “I look forward to the day when female composers are just called ‘composers’.” 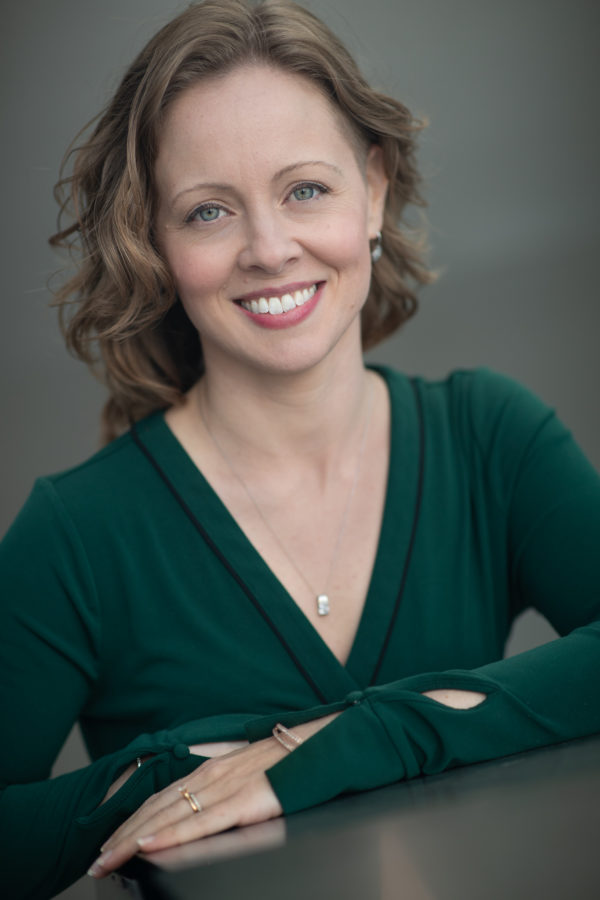 Through her work, Tara Aesquivel strives to share the power of the arts with others. Tara’s professional experience includes strategic planning, fundraising, production, and community engagement for LA Opera, Pittsburgh Opera, A Noise Within, Antioch University Los Angeles, The Lukens Company, and Invertigo Dance Theatre. Tara has a B.A. in Music from the University of Missouri–Kansas City, a Master of Arts Management from Carnegie Mellon University, and studied Cultural Economics at the University of Bologna. Tara continues learning through professional development programs, including Annenberg Alchemy, the Executive Directors’ Leadership Institute, Dance/USA’s Institute for Leadership Training, and the Arts Innovation and Management program with Michael Kaiser. Committed to equity, Tara participates in learning about diversity, equity, and inclusion, by participating in courses such as Undoing Racism and a DEI masterclass with Vu Le. Tara has served on Advisory Boards for Inner-City Arts and Emerging Arts Leaders/Los Angeles. She has also served as a guest speaker, panelist, writer, and adjunct faculty member covering topics in fundraising and nonprofit leadership. She also very much enjoys traveling, photography, and being a mom.