Each season, American Youth Symphony (AYS) performs an annual Hollywood Project concert performing live-to-picture Hollywood’s most well-known scores from legendary film composers. In preparation for the upcoming Hollywood Project, Apollo 13 in Concert, we interviewed active film composer, Max Mueller about his thoughts on film composing. Continue reading to learn more about the process of composing music for film, what it’s like to work with a director, and an insider perspective of the iconic score for Apollo 13.

Tell us about yourself. How did you get into film composing?

I have loved movie scores since I was four years old, but it never occurred to me that I could be a composer until I was in high school. After graduation, I was planning to move to Boston and study film scoring at Berklee College of Music, until I received a note from film composer, David Newman. Before the end of my junior year, I decided to reach out to someone at BMI to forward an email from me to David Newman, who I was a huge fan of. My email expressed my desire to become a film composer and asked for suggestions on how to do it. Eventually, David received my email and he personally answered a month later! He told me that if I wanted to become a film composer I should consider moving to Los Angeles and stay there, as it can take a long time to start a film scoring career. So, instead of going to Boston, I moved to Los Angeles and attended Cal State Northridge.

Years later, I met David in person when he conducted a movie concert at CSUN, where I attended. I was editing the music for that concert, so I was in touch with him throughout the whole process. I kept in touch with him and started working with him and became involved with AYS, where David is a Board Member. Initially, I helped reconstruct music from the Tom Cruise movie Legend during AYS’ third Jerry Goldsmith concert in 2010.  Over time, I would continue helping to edit and engrave scores for AYS’ Hollywood Project, and eventually would be an orchestrator for Dave on some of his most recent movies and a Netflix show, Green Eggs and Ham.

Can you explain the process of film scoring?

The first step is usually to watch the film with the director and go through what’s called the spotting session.  You’re essentially determining where music starts and stops throughout the movie. It’s very important as the presence of music at any point in a movie means something is happening with the development of the characters, their relationships, the external action, etc.

How do directors and film composers work together?

Usually, the first time a composer sees the movie, it has what’s called a temp score, where they pull music from pre-existing movies and sync it with the scenes where they want music in their movie.  They react to their film and see if it works, but it also gives the composer an idea of the vibe that they’re after. Some directors get very attached to their temp scores and want their composer to imitate it pretty closely.  The goal as a composer is to have artistically asserted your style on every movie with such a unique character, that you know the director is hiring you for you, and not for who you can imitate.

Can you tell us something more about the creativity bloom? Where does the inspiration for the composition come from?

Generally, I like to figure out if there are characters or situations that need specific themes or a designated melodic line. At that point, once I have a suite of themes and motifs, I can go through the movie and figure where those characters and situations arise, when and for how long to reference their themes, and also what other musical elements need to surround them.

For example, the hero of the film may have their own theme, but during a chase scene, I’d need to have some of the musicians playing some sort of fast rhythmic part to indicate the action element.  I’ve always thought film music was sort of a marriage between opera and ballet, meaning there need to be singable and memorable operatic leitmotifs as the familiar goal posts for the audience. Its connective tissue is almost ballet music, where it’s action driven, more pyrotechnic and maybe less singable, but still exciting to the ears.

How powerful can a film score be and how important is it for the success of the movie?

It depends on the movie and what it needs in terms of a music score.  A movie like Network, for example, has no score, because the script is so dazzling and engaging that it doesn’t need a score.  It would be redundant to the drama. A movie like Jaws is a different type of movie, where it’s this fun interdisciplinary roller coaster ride for the senses.

Everything about the film is a manipulation. This includes the camera angles, the timing of the edits, which characters get reaction shots after a line of dialogue from another character, and of course, the music.

In the barrel chase scene in Jaws, you have the infamous Jaws theme (or motif), but people forget that the movie has about 4-5 other themes that are all referenced in that scene, too. The whole sequence is about 5 minutes long, and the music never stops. It has to acknowledge every beat of the movie (the shark appearing, gun shots, running, etc.), while still sounding like a cogent piece of concert music.  If you watch that scene without the score, it renders it kind of boring or ambiguous emotionally. It’s a great movie without the score, but the music is crucial to centering the emotions, driving the action and creating this legacy that it has with an audience.

How different is composing film music from concert music?

For film scoring, the timing for any cue (piece of music in the film) is already determined by the way the film is edited, and even within a scene, your musical phrases are often determined by important picture cuts, lines of dialogue, or action moments.  There are some best practices in terms of how orchestral film scores are stylistically created in terms of melodic voice leading, orchestration, etc. The main goal is to write music that will support the movie, not overpower what’s on screen, but can also stand on its own as concert music.

Could you tell us something about the music from Apollo 13 and James Horner?

Apollo 13 has a really beautiful score. There is a lot of this Americana sound that radiates throughout it.  In the very opening of the film, during the main title, it opens with a militaristic percussion section of snare drum, piatti, bass drum, and then goes into the main theme with only a trumpet playing, and then slowly the rest of the orchestra comes in and starts to build.

James Horner was very smart about what he was scoring in a film. It would’ve been easy to open the movie with something more threatening or ominous, in reference to the potential dangers of the Apollo 13 mission, but Horner knew that, at its core, this is a movie about the cooperation and nobility of human beings, not the looming threat of their mission.

Apollo 13 is great perform live because of how it’s orchestrated.  Even in the opening, the melody is passed around from section to section, and doesn’t just lie with one instrument or family of instruments.  Everyone has ever-changing functions in the composition of the score that makes the music breathe and live. It’s the perfect score for an audience to see an orchestra perform live. 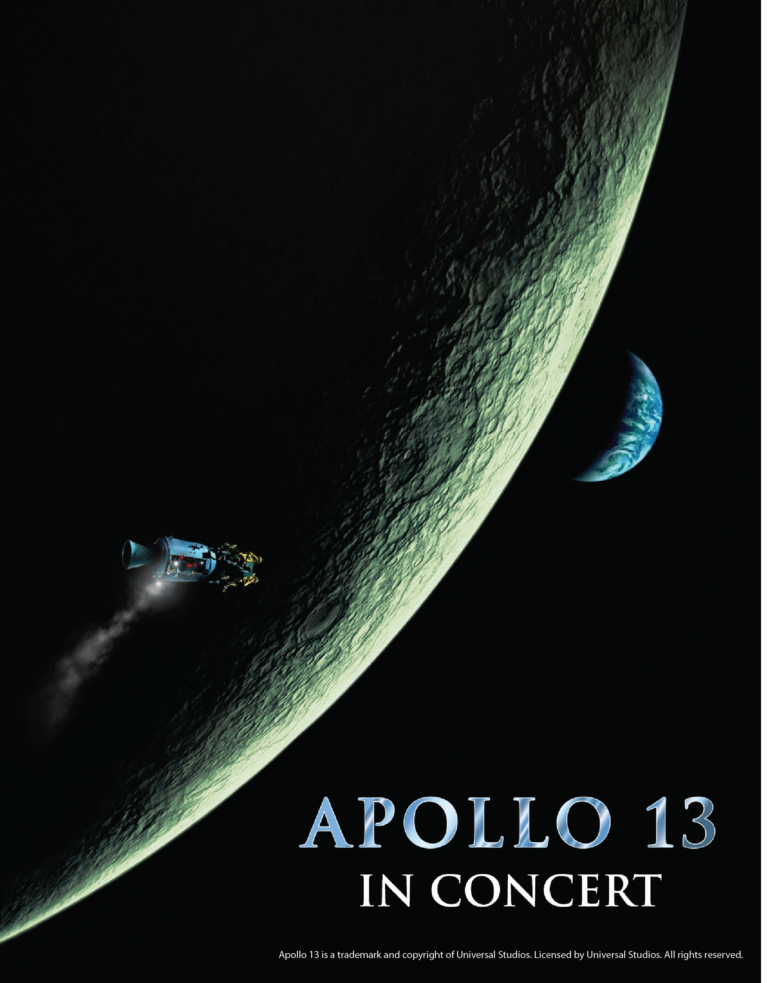 To conclude, how important is the Hollywood Project for AYS musicians?

As a former AYS musician (I played cello for the E.T. and Back to the Future concerts), I can tell you that it’s a very special experience for the musicians to perform live-to-picture concerts. Similarly to playing in the pit orchestra for a musical, you are the propeller of a wonderful underlying storytelling technique. Rather than being the only focus as the orchestra, you now share the focus with another presence and have to know how to support it and know how it provides you moments as musicians to shine, make people smile, scare people, make them cry, etc. David Newman always says the orchestra members have to essentially be actors for an evening when doing a film concert.

If you are still curious about film scoring and you want to learn more about the creative secrecy of the most popular movie themes, we suggest “Score: A Film Music Documentary”. Available at https://www.score-movie.com. 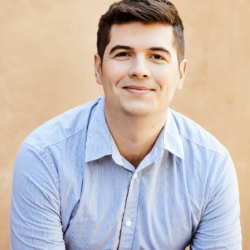 Max Mueller is a cellist, composer, and music educator. He first became involved with AYS in 2010, working with David Newman to edit the scores of the Goldsmith III concert. He has been an active consultant ever since, and officially joined the staff in January 2016, taking a leadership role in expanding the “Share-A-Stand” program, where AYS musicians support music education in underserved middle schools.