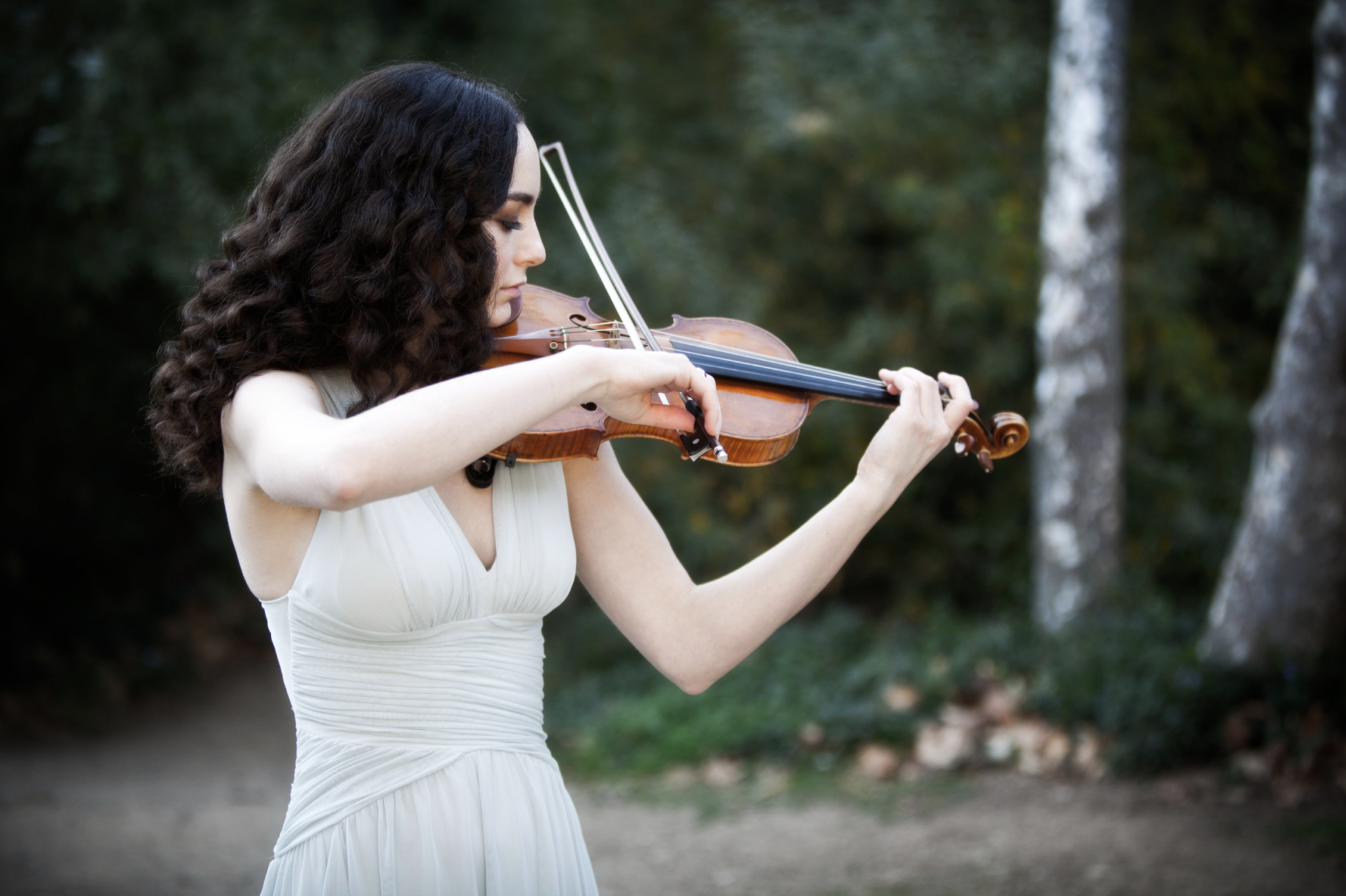 March is Women’s History Month and we wanted to take the time to highlight four incredible women of American Youth Symphony who inspire us. Since dedicating the 2018/2019 season to “The Year of the Woman,” AYS has continued its pledge of celebrating women in classical music by playing music by female composers and welcoming women soloists. These women highlighted throughout March 2020 are just a few of AYS’ female musicians and leaders past and present who have made large leaps in the field and female representation in classical music.

Described by critics as “scintillating” and celebrated for her “rich, expressive playing” (MusicalAmerica), violinist Francesca dePasquale is the First Prize winner of the 2010 Irving M. Klein International String Competition and recipient of the prestigious 2014-2016 career grant from the Leonore Annenberg Fellowship Fund for the Performing and Visual Arts. Earning her the 2015 Classical Recording Foundation Young Artist Award, her self-titled debut album and accompanying recital tour was praised for “sincerity, intensity” and “individual voice” (Philadelphia Inquirer) and “immaculate and discreet phrasing” (Strad Magazine). 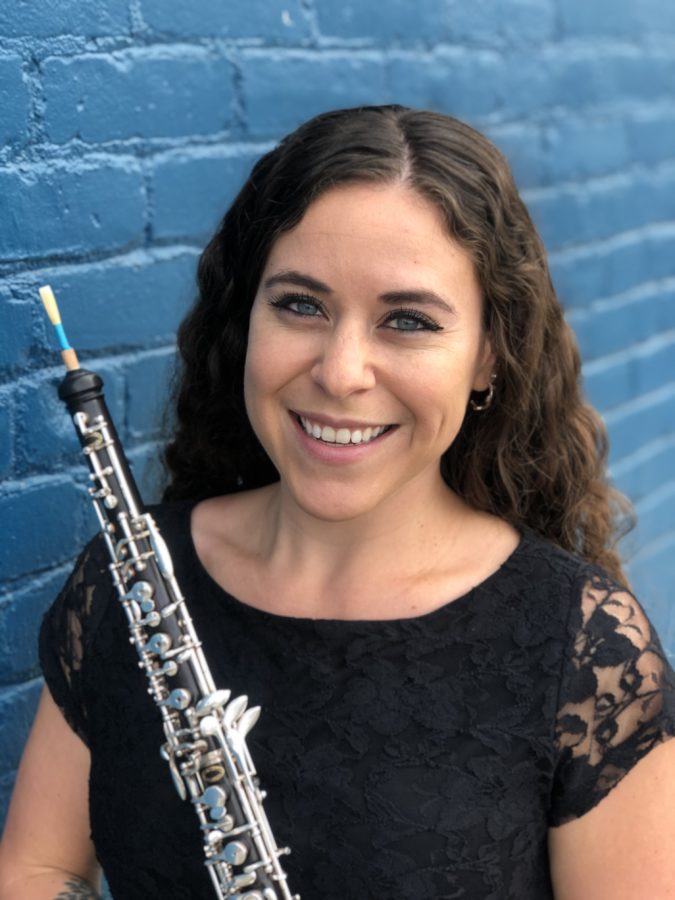 Laura Arganbright is the principal oboist for AYS and the Bakersfield Symphony Orchestra, chairs she won in 2017. As a performing artist, Laura recently gave the world premiere of Viet Cuong’s double oboe concerto “Extra(ordinarily) Fancy” with the conductorless Kaleidoscope Chamber Orchestra. She will present the work again this summer in a recital at the International Double Reed Society conference in Iowa. Next season Laura looks forward to performing the Mozart Oboe Concerto with the Bakersfield Symphony Orchestra and the Marcello Oboe Concerto with the Arizona Philharmonic.

Laura earned the Doctor of Musical Arts degree from USC in 2018 and was awarded the Brandon Mehrle Service Award in recognition of individuals who demonstrate extraordinary support of the Thornton School of Music through a commitment of energy and professional expertise. When not performing, Dr. Arganbright enjoys the variety of roles the freelance musician life provides: she is a teaching artist for the LA Philharmonic’s Youth Orchestra of Los Angeles, maintains a private lesson studio, serves as reed-making coach at USC, and operates a thriving handmade reed business. Learn more about Laura on her website, www.LAoboe.com. 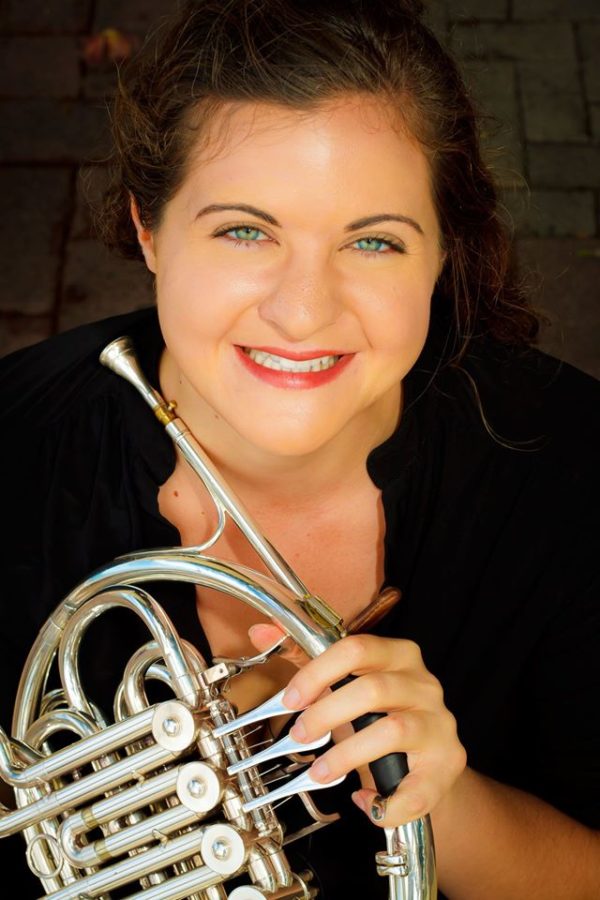 Anna Lenhart is the Principal Hornist of the Hawaii Symphony Orchestra. Since her orchestral debut at age twelve, Anna has appeared with over seventy different ensembles in venues throughout the United States, Poland, Germany, China, Korea, Japan, and Mongolia. Her favorites include Carnegie Hall and Coachella. As a teenager, Anna mingled with musicians and conductors from every major symphony in the United States through participation in music festivals such as Interlochen, Tanglewood, Brevard, and Aspen. Anna received her degrees from BYU in Provo, UT and USC in Los Angeles, CA. After spending a freezing childhood in eastern Idaho, Anna is thrilled to live in Honolulu where the lowest temperature ever recorded is 52 degrees. Learn more about Anna at HSO’s website. 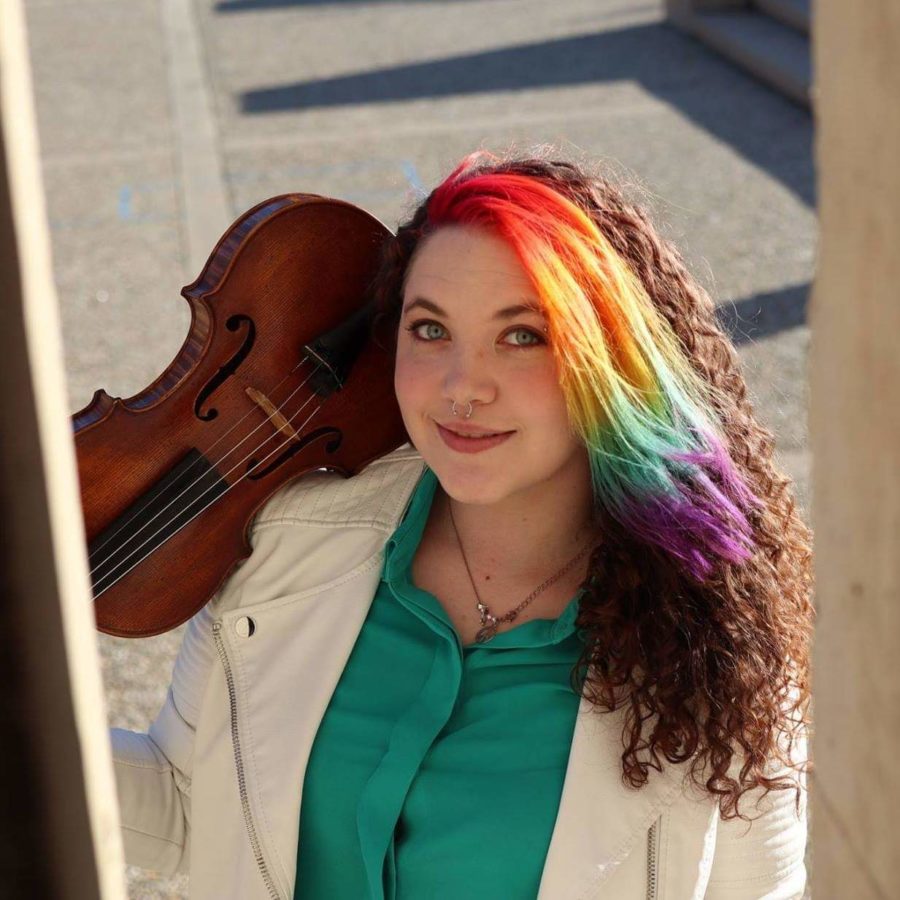 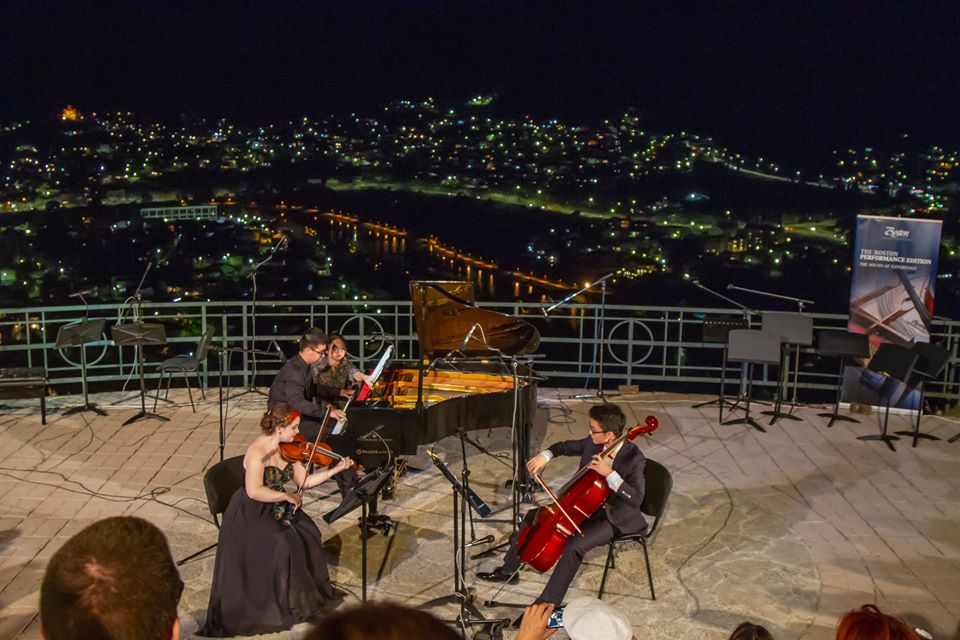 Kristi Holstein was born in Charleston, West Virginia and began playing violin at age 7. Her private studies began at 13 with West Virginia Symphony musician Marie Cooper, wife of Maestro Grant Cooper. Throughout high school she participated in many Solo and Ensemble competitions and was an All State musician all four years before moving on to West Virginia University on a full scholarship for violin performance. She received her Bachelor of Music degree summa cum laude from West Virginia University and her Master of Music from the University of Texas at Arlington. Kristi is currently personnel manager of the Santa Barbara Youth Symphony in addition to being a teaching artist with the other Santa Barbara Symphony education programs. She is an orchestra assistant with Santa Barbara Strings, coaches orchestra students in Santa Barbara County schools, and teaches 3rd-7th grade strings classes at the local Waldorf School. She holds orchestral positions with the American Youth Symphony, Santa Maria Philharmonic Society, San Luis Obispo Symphony, Opera San Luis Obispo, and many other organizations on the Central Coast. Kristi is a founding member of the Folk Orchestra of Santa Barbara and has been a principal player in the ensemble since its creation in 2017, initially as principal second violin and recently having moved over to lead the viola section. She is an active chamber musician and maintains a private violin and viola studio in Santa Barbara and often spends her summers abroad at summer music programs in Europe and the United States.