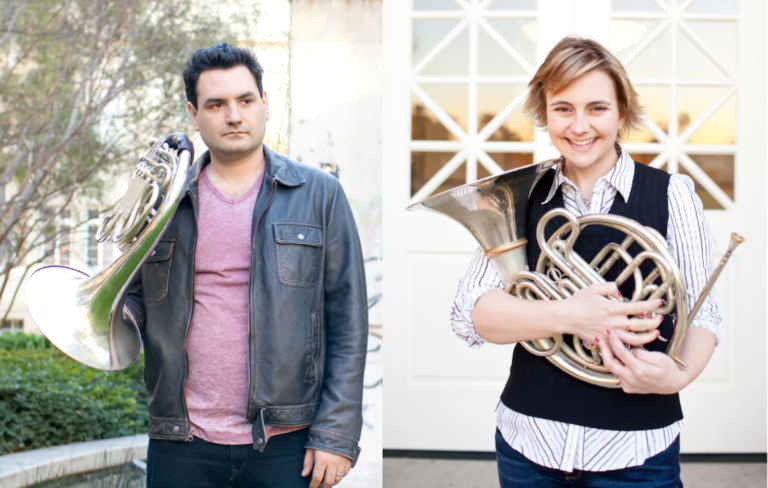 Our first Donor Spotlight highlights two successful AYS alumni: horn players who are truly forces in the Los Angeles music industry. Annie Bosler and Dylan Hart joined AYS between 2004 and 2005 as students at USC. For both of them, joining AYS was a turning point in their professional careers, individual growth, and even development of their personal relationship. Annie and Dylan have since led successful music careers, gotten married, and currently sponsor the AYS Principal Horn chair. Donating to AYS is a way for them to give back to the orchestra that gave so much to them, and to ensure that the next generation of musicians receive the same training that they did. Continue reading to learn more about how AYS launched their careers and why they give back now.

What is your AYS story?

Dylan: I was born and raised in Los Angeles, so AYS was something I aspired to from late high school and early college. AYS was the “big goal” for musicians in Southern California, and I knew that I had to get into it. I auditioned for AYS year after year, but finally joined the orchestra in 2004 as Principal Horn. At the time, I was also a student at USC. I played with AYS for the next five years and have so many positive memories.

Annie: I moved to Los Angeles for my masters program at USC. Once I started my masters and first arrived in the city, everyone in my program was talking about the AYS audition. I soon learned that AYS was a training orchestra for young musicians and that it was highly regarded as a pre-professional orchestra in Southern California. I auditioned for AYS in 2005 and joined the horn section of the orchestra. At the time, the horn section included incredibly talented musicians who now play at world renowned symphonies all over the world. Some of the horn players from our time have gone on to play in the Boston Symphony, San Diego Symphony, US Army Field Band, and the Hollywood Bowl Orchestra. AYS really is a melting pot of talent and has the best players from all across Los Angeles.

How did AYS help launch your careers?

Dylan: When we were in AYS, Alexander Treger was the conductor. He chose repertoire that challenged all sections of the orchestra, not just strings. We played pieces like Mahler 2, Mahler 5, Ein Heldenleben, Shostakovich 10, Walton Symphony No. 2, and many others. I still use my experience in the orchestra when I take an audition now. I also developed close colleagues during my time in AYS and became connected to important people in the music industry.

Annie: Not understanding this at the time, but AYS was a gateway for me into the Los Angeles freelance scene. You never knew who was in the audience listening, and I remember many times I would be hired to work by someone saying, “I heard you play a great concert with the American Youth Symphony.” Also we were fortunate to be in the orchestra when David and Krys Newman came on board and began film concert collaborations which started with music by Jerry Goldsmith and Danny Elfman. It had a huge impact on my career as I love film music. Dylan and I even got to play under the baton of John Williams one year at Dorothy Chandler.

What advice would you give to current members?

Dylan: My advice to current AYS musicians would be to treat your time in AYS as a professional orchestra, because that is what AYS essentially is. During your time in the orchestra you will be learning how to work with your colleagues and build on interpersonal relationships which is important for your time after.

Annie: To all the musicians not in AYS, my advice would be to audition for AYS. I encourage all of my students to audition and join because that’s how impactful being in AYS was for me.

What first sparked your interest in giving to AYS?

Dylan: I feel strongly that if you get something out of it, you should pay for that value. This orchestra influenced my life so much that when the opportunity came up to support the Horn chair, it was a no brainer.

Annie: I agree, this was a no-brainer. AYS takes your education to the next level. AYS really had an impact on my life, and I want other aspiring professional musicians to have the same opportunity. As long as we can, we want to continue to support the organization. When I look at AYS, I think of great music, great friendships, and really positive experiences all around.

What does supporting the Principal Horn chair mean to you?

D: I want younger players to have the same experience and opportunity that I had by being in AYS. One thing that is great about giving in support of the Principal Horn chair, is that the current Principal Horn player knows that the people who give to their chair are working  in the field. I want it to give them hope and an opportunity to see where they are going.

A: It also feels great to give back to the actual section we were a part of and to the orchestra with whom we had such great experiences. 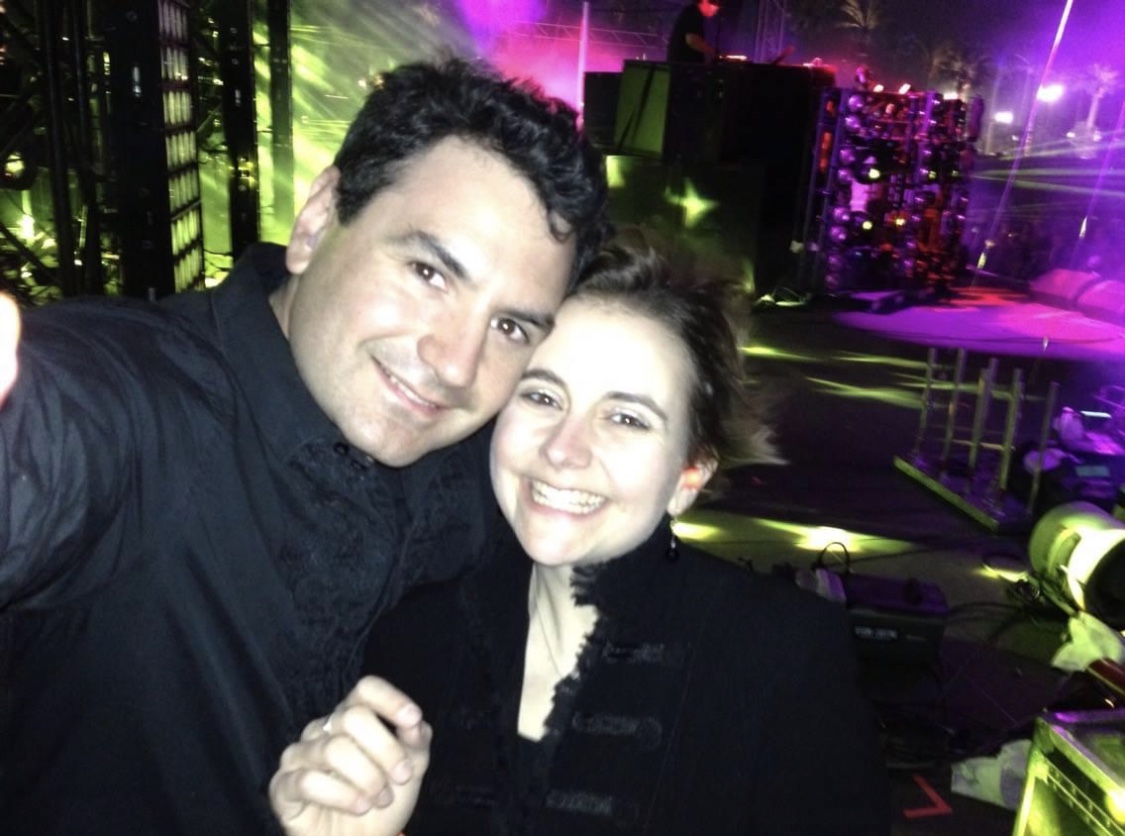 Annie and Dylan playing at Coachella with Wu Tang Clan 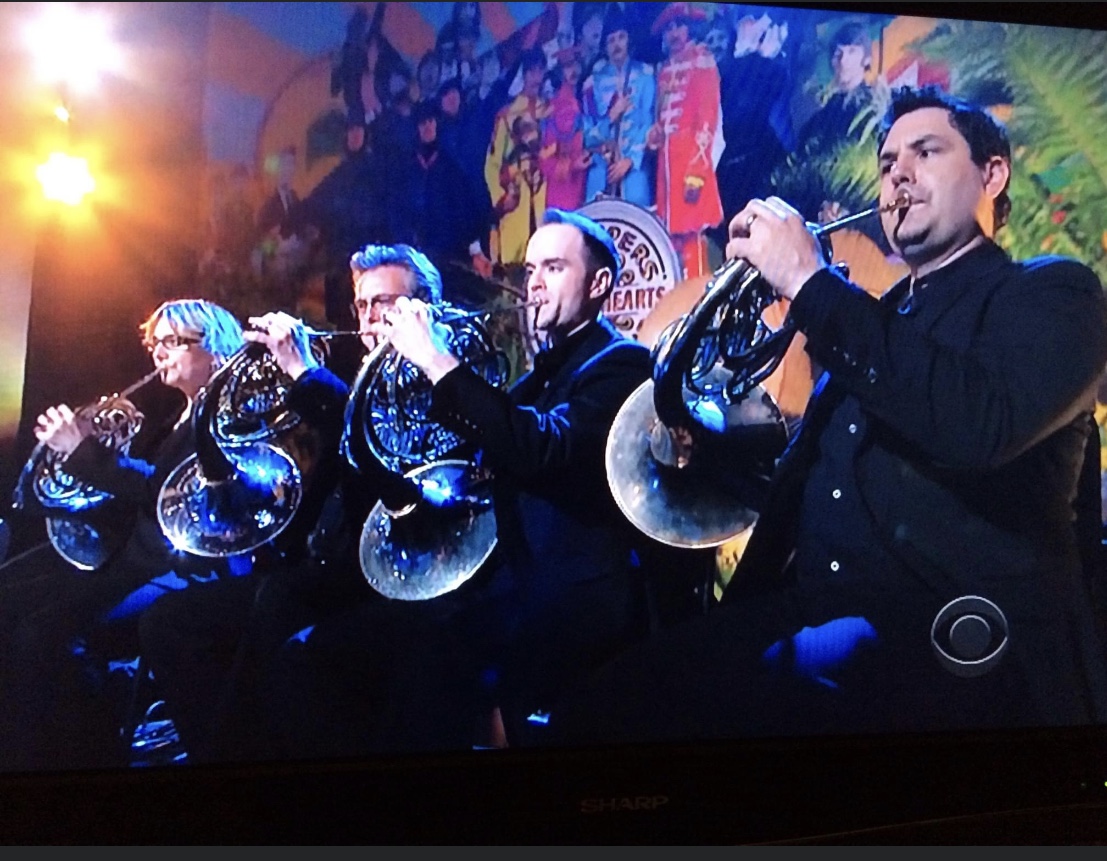 Annie and Dylan playing on CBS Night That Changed America: A Beatles Tribute with Paul McCartney and Ringo Starr of The Beatles.

What would you tell someone who is thinking about donating, volunteering, or giving time to AYS?

Dylan: I would encourage AYS alumni, especially, to give to the orchestra if they felt that AYS has supported their life and careers. It is important to support the things that have supported you. I would also tell people that they are supporting the broader music community by giving to AYS and that they should donate if they want to see music continue to thrive in society. Without this type of orchestra and donations, you lose a truly transformative experience for young musicians. 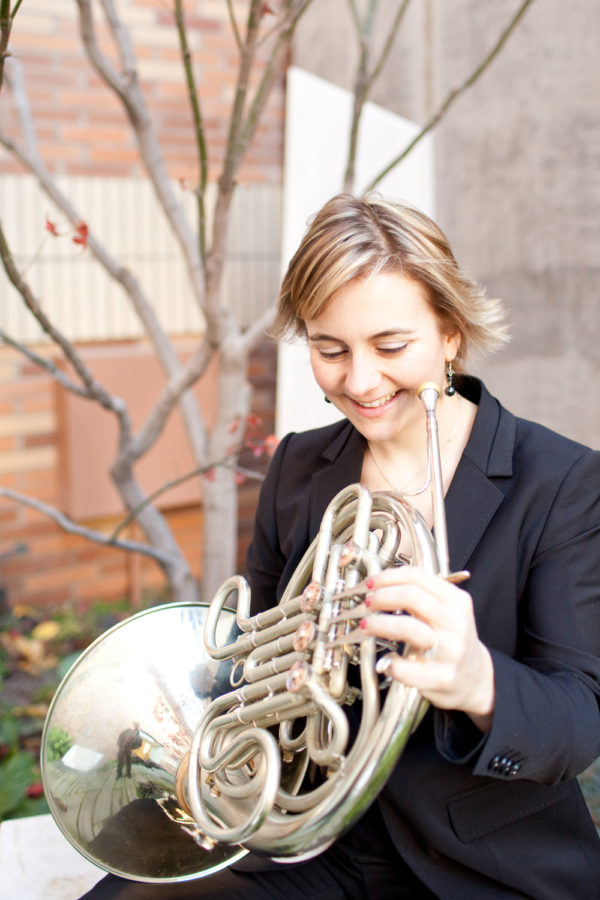 Dr. Annie Bosler wears many hats in her career as a Los Angeles freelance horn player. She has toured with John Williams’ Star Wars in Concert and Josh Groban performing on Dancing with the Stars and PBS’s Live from Lincoln Center. Annie shared the stage with Ringo Starr and Paul McCartney on CBS’s The Beatles: The Night That Changed America. She has performed with Ariana Grande and Chance the Rapper at The Grammy’s and P-Diddy at The American Music Awards. Annie can be heard on many motion pictures, video games, theme park rides, and TV shows as well as seen playing horn on Fox’s TV show Glee. Named a TED Educator in 2017, Dr. Bosler co-wrote How to practice…for just about anything, receiving over 34 million views on social media. She co-authored the book College Prep for Musicians™ and produced/directed the documentary film 1M1: Hollywood Horns of the Golden Years. Annie is also professor of horn at California State University, Northridge. Please visit: anniebosler.com, 1M1hollywoodhorns.com, and collegeprepformusicians.com. 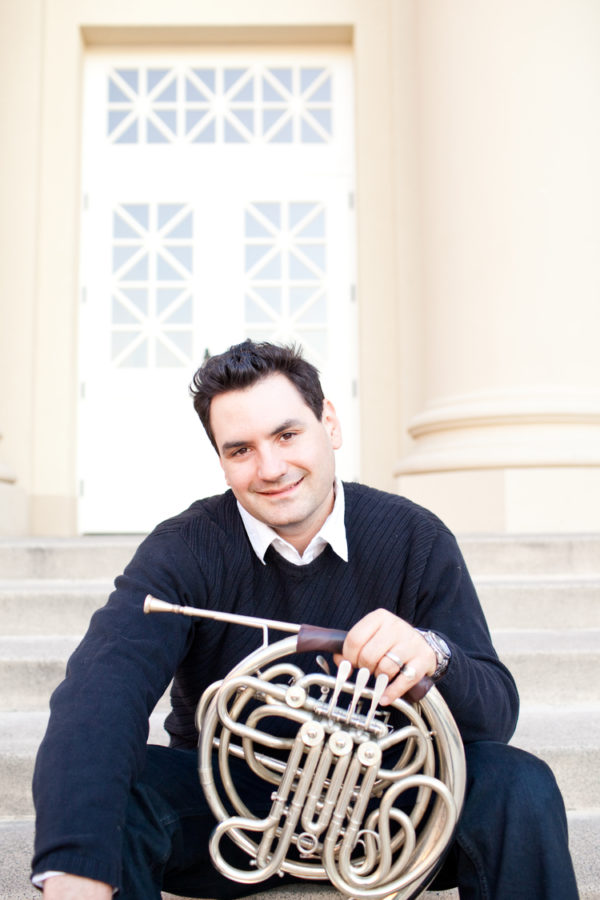