In his ongoing, decades-long career as a composer, Alan Silvestri has scored some of the most iconically revered and profitable films in Hollywood history, amassing over a hundred credits to the tune of two Oscar and Golden Globe nominations, two Emmy awards, as well as three Grammy awards. While stylistically diverse, the unifying voice of Alan’s work is an unmistakable rhythmic melody whose themes continue to embody movie excitement and drama for generations of moviegoers.

Born in New York City and raised in Teaneck, New Jersey, Silvestri first thought of becoming a bebop jazz guitar player. After spending two years at the Berklee College of Music in Boston, Silvestri hit the road as a performer and arranger. Landing in Hollywood at the age of 22 and armed with film scoring books and a sense of adventure, Silvestri found himself successfully composing the music for 1972’s “The Doberman Gang”. A sequel, “The Amazing Dobermans”, was followed by several low budget but successful films further cementing Silvestri’s place in the world of film composing.

The 1970s witnessed the rise of energetic synth-pop scores, establishing Silvestri as the action rhythmatist for TV’s highway patrol hit “CHiPs.” This action driven score caught the ear of budding filmmaker Robert Zemeckis, whose hit film 1984’s “Romancing the Stone” was the perfect first date for the composer and director and it’s success became the basis of a decades long collaboration between the filmmaker and composer that continues to the current day. Their numerous collaborations have taken them through many fascinating landscapes and stylistic variations, from the “Back to the Future” trilogy, the jazzy world of Toontown in “Who Framed Roger Rabbit ?” to the tension filled rooms of “What Lies Beneath” and “Death Becomes Her”, from the cosmic wonder of “Contact” to the emotional isolation of “Castaway”, and from the Wagnerian brawl of “Beowulf” to the magic of “The Christmas Carol” and “Polar Express” whose song “Believe” garnered an Oscar nomination. But perhaps no film partnership defines their creative relationship better than Zemeckis’ 1994 Best Picture winner, “Forrest Gump”, for which Silvestri’s gift for melodically beautiful themes earned him an Oscar nomination and the affection of film music lovers everywhere.

Though the Zemeckis/Silvestri collaboration is legendary, Silvestri has scored well over 100 films of every imaginable style and genre. His energy and experimentation has brought excitement and emotion to the hard-hitting orchestral/percussion scores of “Predator”, “Judge Dredd” and James Cameron’s “The Abyss” and lent thrills to the effects-driven scores for “ The Mummy Returns” and “G/I. Joe: The rise of the Cobra”. His ethnic rhythms for “Soapdish” and “The Mexican” segue to the raucus fun of family entertainments like “Stuart Little 1 and 2” and Disney’s “Lilo and Stitch” as well as the “Night at the Museum” trilogy. The gripping tension of “Blown Away” and “Identity” yield to the romantic film noir of “The Bodyguard” while edgy comedies like “Mousehunt” and romantic comedies like “The Father of the Bride 1 and 2”, “Parent Trap” and “What Women Want” bring heart felt warmth. But Silvestri has also proven adept at riding the western range of “Young Guns 2” and “The Quick and the Dead” while also providing thrilling macho muscle for “Van Helsing” and “The A-Team”. Alan’s talent for a dynamically heroic sound has helped propel such Marvel superheroes as “Captain America: The First Avenger” and “The Avengers” to spectacular world-wide success, even as he provided the restrained, anguished sound for the alcoholic pilot of Robert Zemeckis’ “Flight.” Silvestri’s rambunctious orchestral cheer has also helped to create the hit caveman family film “The Croods.”

In 2014 Alan won two Emmy awards for his work on “Cosmos: A Spacetime Odyssey.” The new “Cosmos” updates Carl Sagan’s original series with the latest discoveries about the universe we live in and combines those facts with spectacular visual effects and animation. Ann Druyan, widow of Carl Sagan and a co-writer on the original “Cosmos” series, serves as an executive producer, writer and director alongside executive producer Seth MacFarlane.

Most recently, Alan has composed the music for Robert Zemeckis’ “The Walk.” The film is the story of French high-wire artist Philippe Petit’s attempt to cross the Twin Towers of the World Trade Center in 1974. The film will be in theaters October, 2015.

Alan Silvestri and his wife Sandra are long time residents of California’s central coast. They are founders of the local branch of the Juvenile Diabetes Research Foundation’s Monterey branch and have served in many capacities through their long relationship with the organization since their son was diagnosed as a young child in 1992. They are also the founders of Silvestri Vineyards. Their wines show that lovingly cultivated fruit has a music all its own. “There’s something about the elemental side of winemaking that appeals to me,” he says. “Both music making and wine making involve the blending of art and science. Just as each note brings it own voice to the melody, each vine brings it’s own unique personality to the wine.”

Whether in his studio or the vineyard, Alan continues to find inspiration and passion for music, film, family and wine. 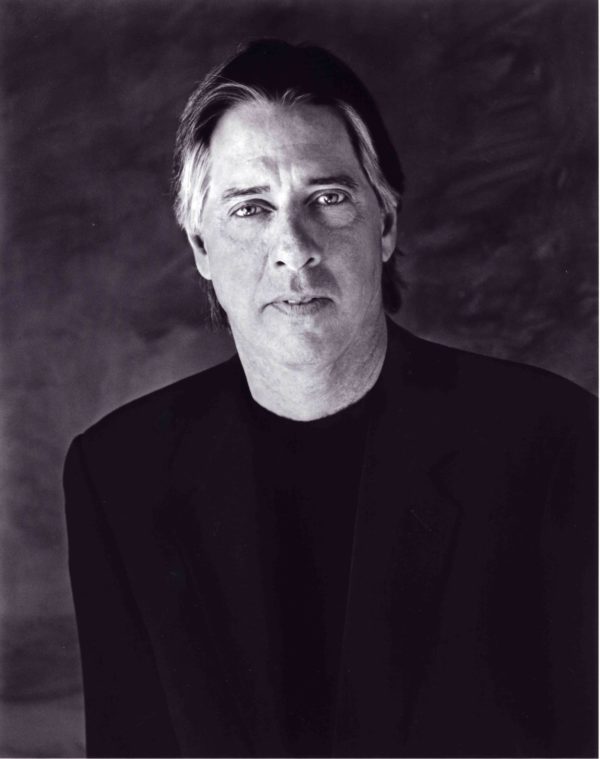