American Youth Symphony currently offers four fellowships that provide professional development training above and beyond the rigorous performance opportunities available to all orchestra members.  AYS is dedicated to bolstering future generations of orchestral musicians, and offers these fellowships in recognition of the broad range of skills needed to succeed as professionals. Each fellowship provides career-specific elements of education, responsibility and leadership experience. AYS musicians in these paid, season-long fellowships develop skills and self-sufficiency to sustain their careers in the ever-changing music industry. Learn more about the fellowships, our fellows, and their recent projects below: 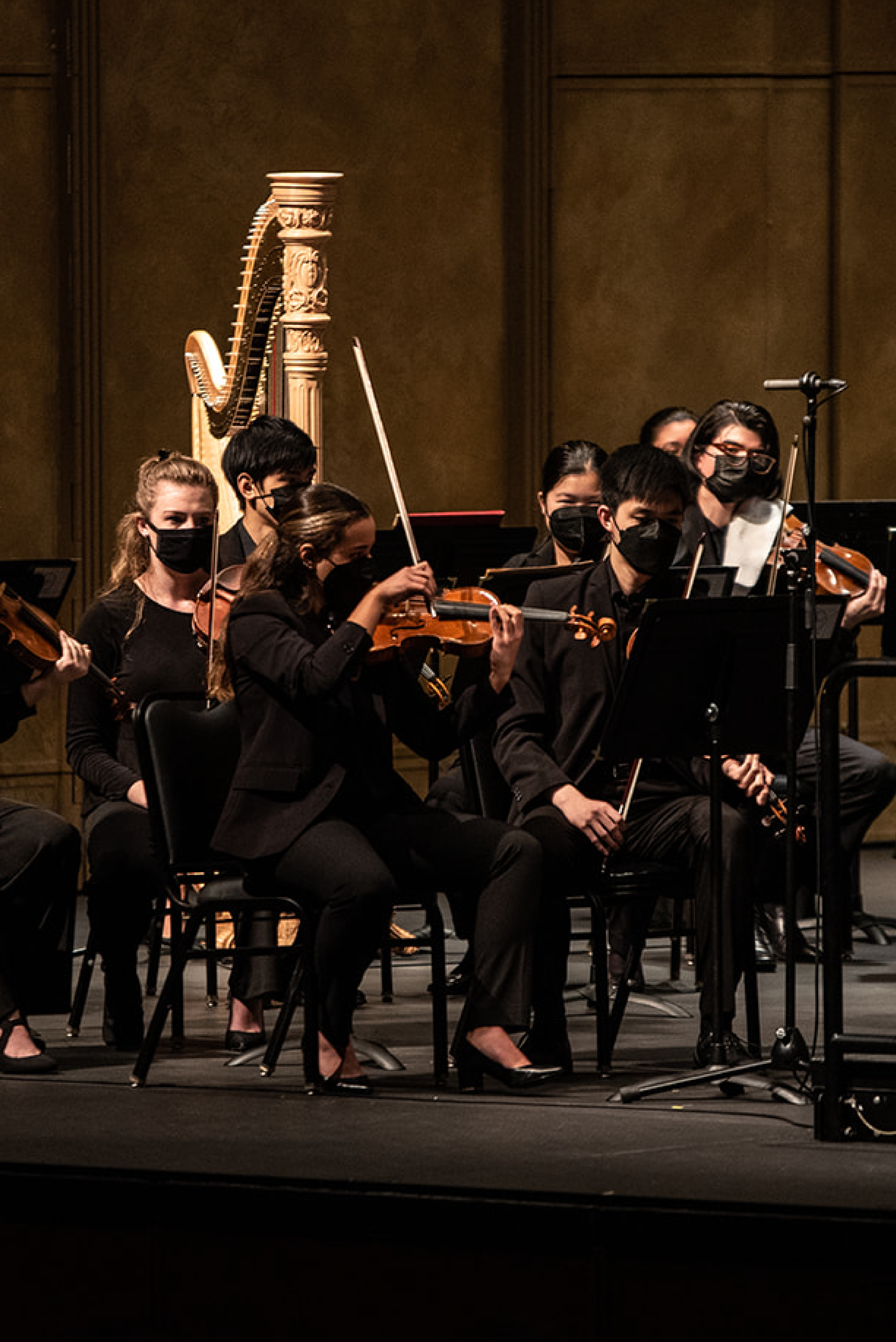 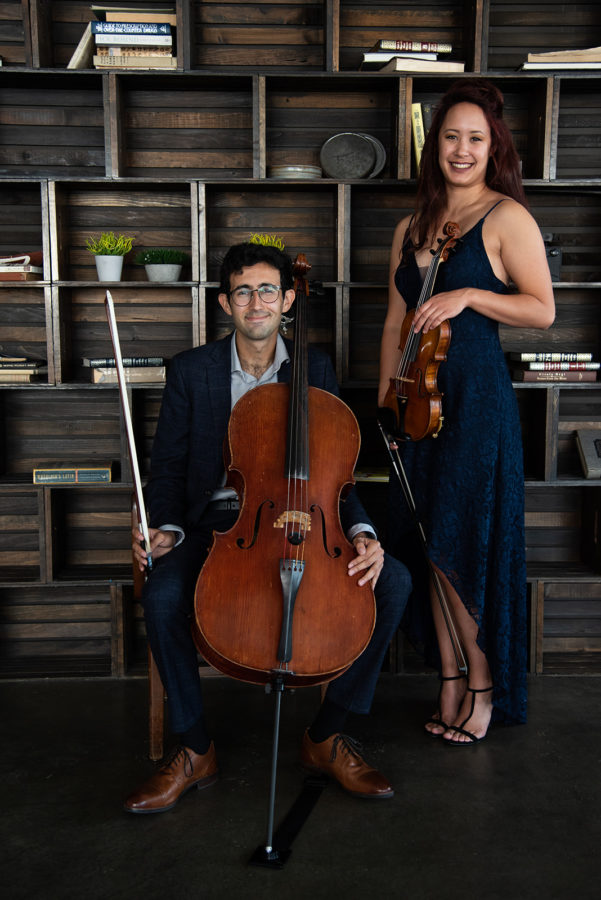 The Creative Fellowship offers an opportunity to one AYS member to learn aspects of program curation compose new works for AYS ensembles. The Creative Fellow is mentored by AYS Music Director, Carlos Izcaray, in composition and conducting.  This new fellowship piloted in the 2020/21 season. 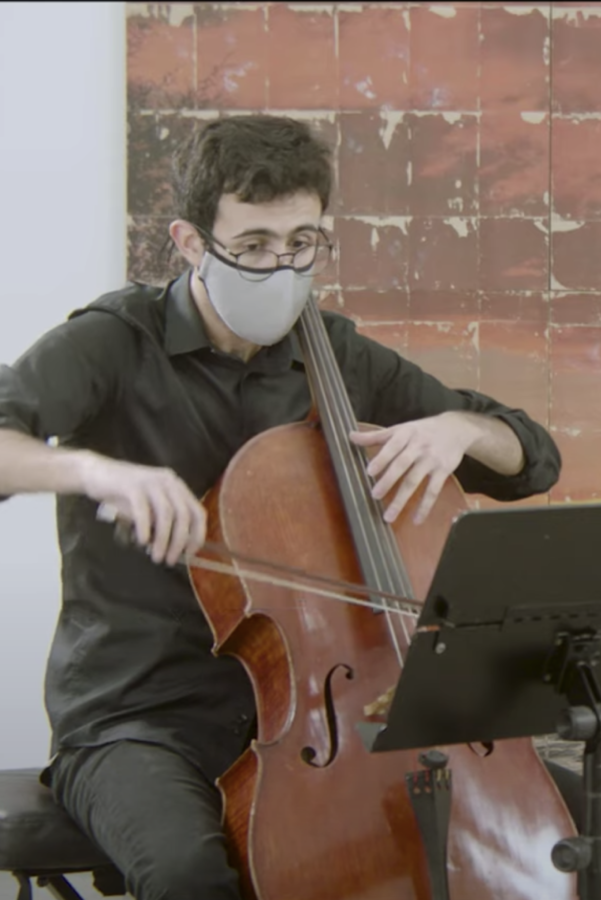 The Citizen Musician Fellow develops leadership in the use of classical music to better one’s community. The Fellow plans a concert exploring the intersection of classical music and community engagement, building awareness of a locally-important cause. 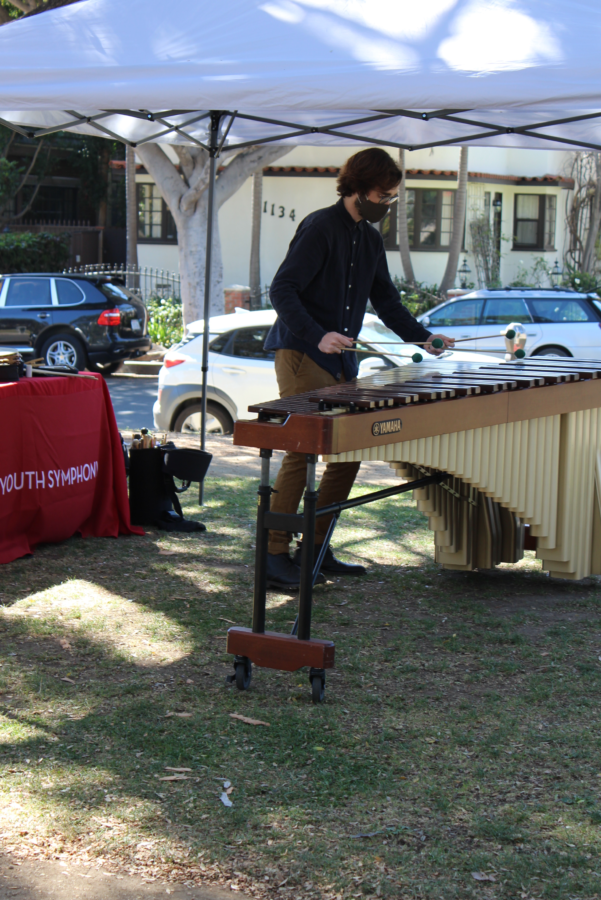 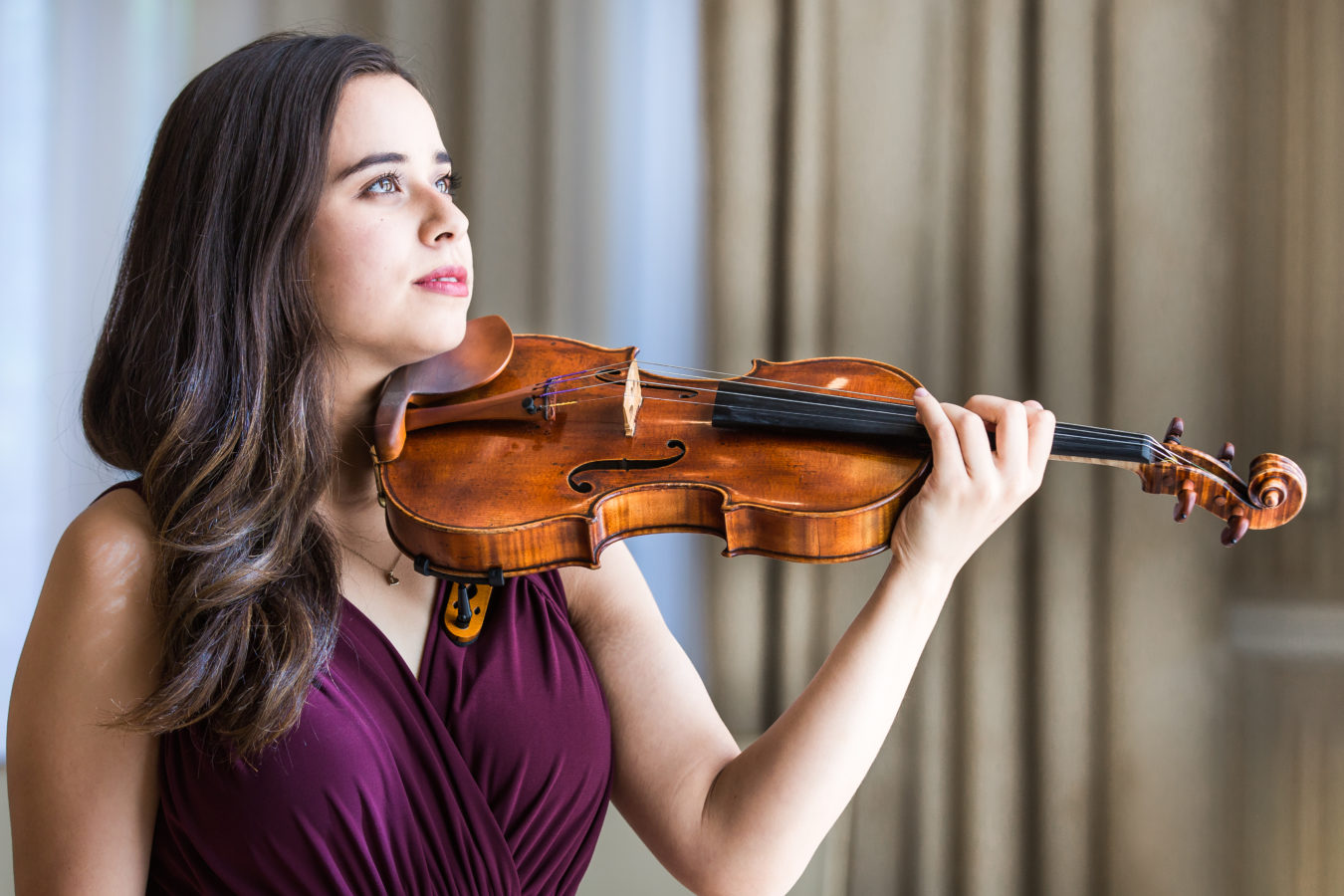 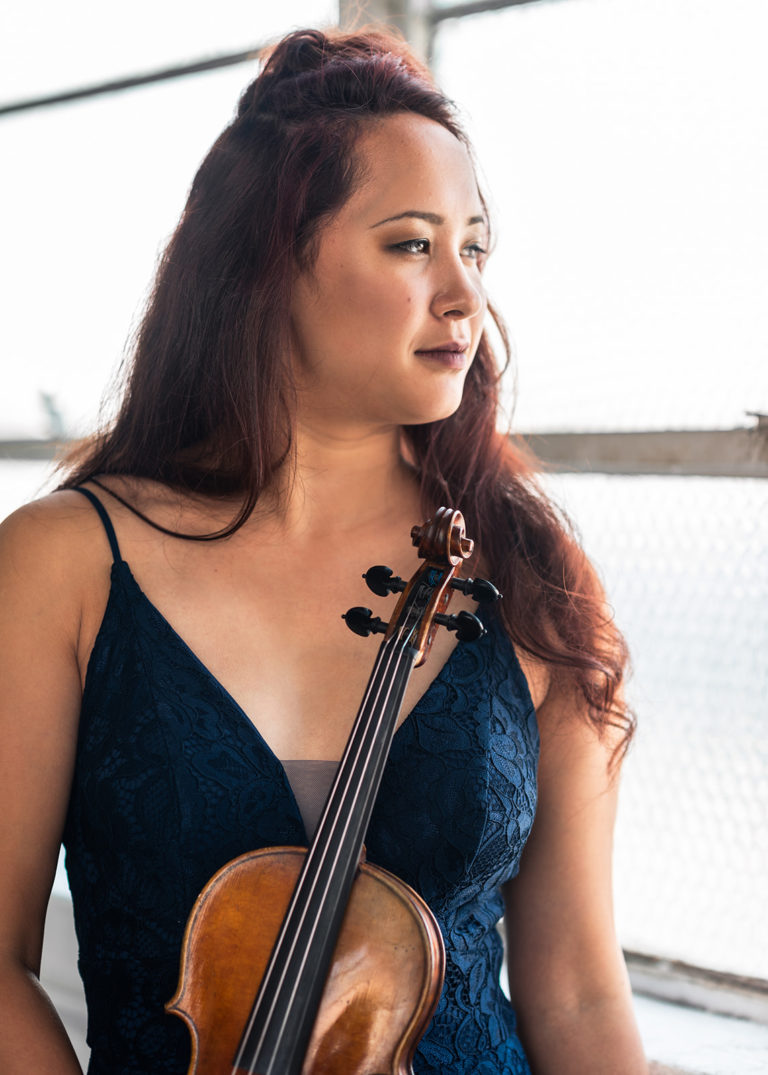 Sarah is a violinist in Los Angeles County. She was raised in the Antelope Valley and spent the majority of her younger years training under the private instruction of Patricia Graham. Sarah is an active member of a non-profit orchestra called West Coast Classical. She grew up in the program and is currently concert master of the Symphonic Orchestra, director of the beginning strings, and serves as Board Secretary on the board of directors. In her time with them, she has performed at Carnegie Hall, Walt Disney Hall, Dvorak Hall, and Muth Hall. In high school, to supplement her training, she attended Idyllwild Arts Academy for two consecutive summers, performed with SCSBOA High School Honors Orchestra, and completed the Royal Conservatory of Music Level 10 examination with First Class Honors. Besides her continued involvement with West Coast Classical, Sarah is a freelancer in SoCal. She’s played pit for numerous productions in both community and regional theater, toured in China with the Hollywood Concert Orchestra, performed with Debut Chamber Orchestra, and since 2019 performs with American Youth Symphony. Sarah also teaches violin lessons privately and creates her own music. She plans to continue to grow her musical career, develop herself in as many ways possible, and aspires to one day establish her musical mark in the world.

Learn more about Sarah by reading our Musician Spotlight on our blog. 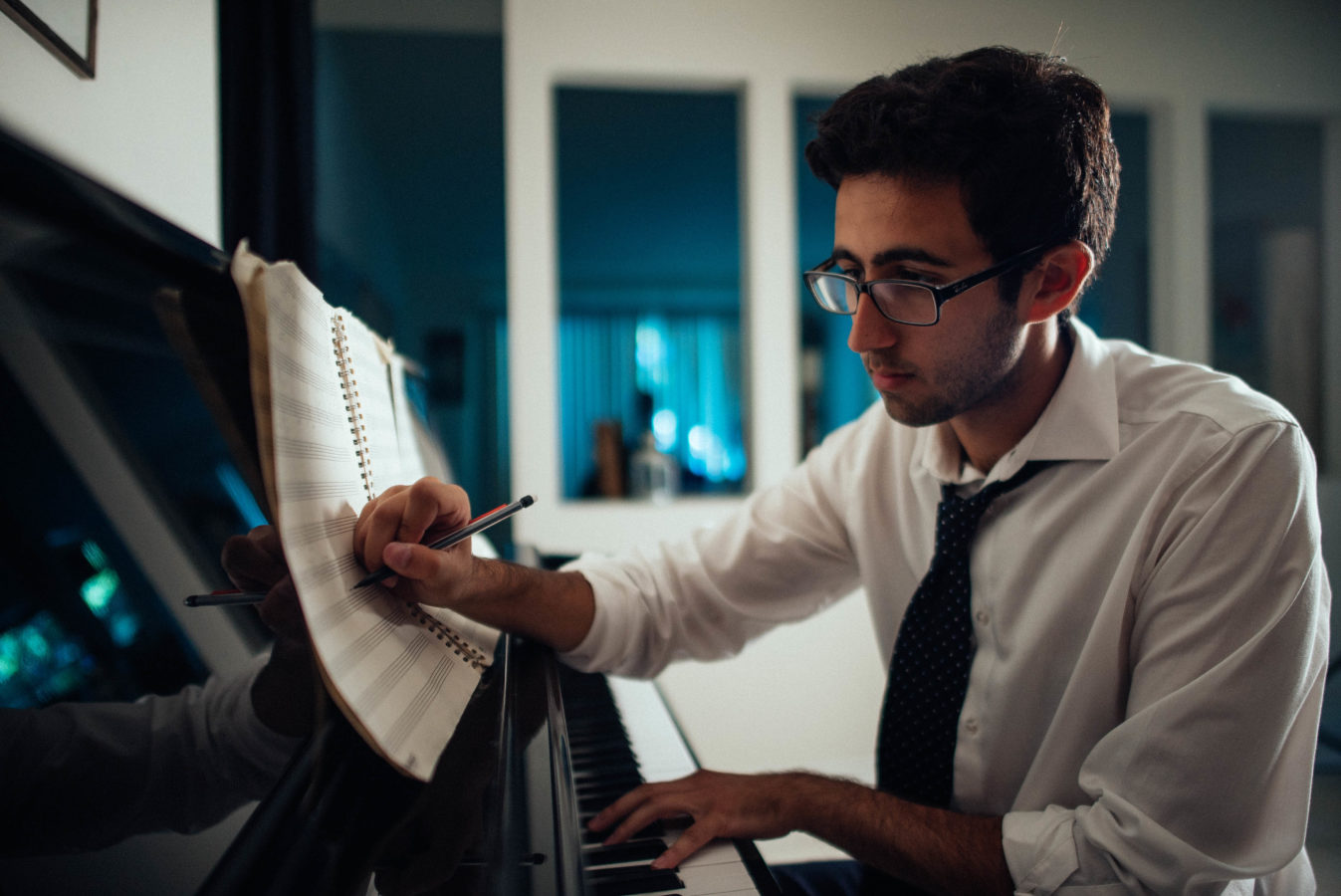 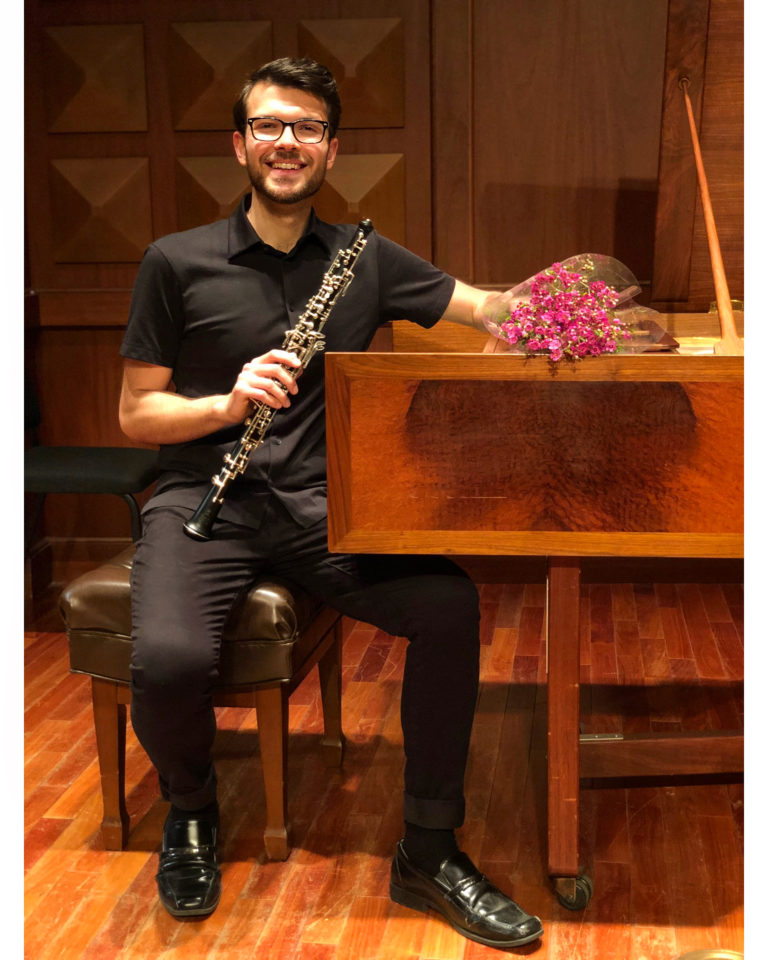 Noah Breneman was born and raised in Reading Pennsylvania. Although he joined band in 5th grade (playing Euphonium), it wasn’t until Jr. High that he discovered the Oboe. Noah attended Penn State University, graduating magna cum laude with a Bachelors degree in Oboe Performance. After 22 years in Pennsylvania, Noah moved to Los Angeles to pursue a Masters degree at the University of Southern California. While at USC, Noah performed in a woodwind quintet, The Santa Ana Winds, which competed in the 2019 Plowman Chamber Music Competition. His oboe teachers have included Jill Haley, Tim Hurtz, Joel Timm, and Marion Kuszyk. Noah is excited to be back in Los Angeles now that things are opening up and is equally excited to be joining AYS as their new Principal Oboe and Citizen Musicianship Fellow!

Learn more about Noah by reading our Musician Spotlight on our blog.